Two things figured prominently in all the recession articles that I read – the housing bust and the steep health care costs. Health care is a prime necessity – starts right at the birth, even before it - and I wondered how something so basic could become one of the causes of the whole economy cracking up.

Today I came across a great post on the New Yorker where the author Atul Gawande investigates in depth what is actually making this necessity service so capital-intensive. Atul takes the example of the city of McAllen in Texas where the average outgo per Medicare expense per person is a whopping USD 15,000. [INR 750,000]

Atul makes great observations about the reasons behind this scenario which I am commenting on in the Indian context. India faces a very uphill task in building its health care system which to say the very least is in complete shambles. As we might think, the problem is not only in the rural areas. Barring a few exceptions, no government hospital attracts the confidence of middle-class India. The rut that characterizes most of the Indian government sector is most evident in the hospitals and district health centers. The options for the people who are not able to subscribe to medical insurance are depressingly limited. The big-wig private names may be huge commercial successes but their steep costs in Indian context make any treatment in these places a very tough decision. Add to it, the recent Wockhardt incident shows how high-handed these high quality centers can be. 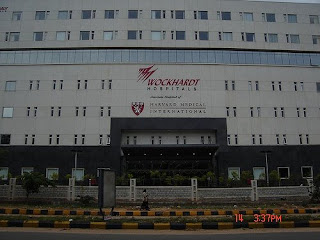 Being the entrepreneurial hard core fan, I always thought that widespread private participation is a potential cure for this problem. But after reading Atul’s post, I am a bit shaken in my views.

He knew of doctors who owned strip malls, orange groves, apartment complexesâ€”or imaging centers, surgery centers, or another part of the hospital they directed patients to. They had â€œentrepreneurial spirit,â€ he said. They were innovative and aggressive in finding ways to increase revenues from patient care.

For the first instance, I am seeing entrepreneurship as a negative aspect. He sees doctors intention to maximize revenue by conducting more and more tests - many a times in facilities where they have an ownership stake. Down here, no one even notices this – it is so common. If not, then why doctors insist that we get tested from some particular facility itself? I will another dimension to it. I have noticed that many times even the medicines that the doctors prescribe are only available at certain recommended stores. Doctors’ dependence on the quantity of referrals skews up the system badly.

The only thing that inspires hope is the concept adopted by The Mayo Clinic I only knew Mayo Clinic as the health source often cited by Reader’s Digest. What I didn’t know is that Mayo is famous for its low-cost, tech-intensive and high quality health care. Mayo has fixed salaries for its doctors so there is no reason to bruce up quantity.

Atul also presents a wonderful metaphor on the need of an integrated approach towards medical-care.

Providing health care is like building a house. The task requires experts, expensive equipment and materials, and a huge amount of coordination. Imagine that, instead of paying a contractor to pull a team together and keep them on track, you paid an electrician for every outlet he recommends, a plumber for every faucet, and a carpenter for every cabinet. Would you be surprised if you got a house with a thousand outlets, faucets, and cabinets, at three times the cost you expected, and the whole thing fell apart a couple of years later? Getting the countryâ€™s best electrician on the job (he trained at Harvard, somebody tells you) isnâ€™t going to solve this problem. Nor will changing the person who writes him the check.

Rather than trying to catch up with specialists individually who treat all our medical issues in isolation, we should have an integrated approach towards medical care. I don’t see how the multiple levels between a physician and the specialist helps anyone. 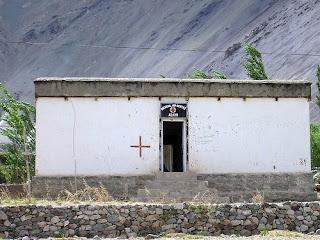 There is also one big bottleneck in the Indian system. There is just not enough admission seats for medical aspirants. Government colleges have very few seats and the private colleges are content with their existing capacities. They might be making enough dough from the millions of capitation fee that they collect every year, but it is of no use when the money is not used to open new medical colleges and facilities. The sheer desperation that the medical aspirants face with their rejection is steadily reducing the number of medical aspirants For a country which hugely lacks doctors, this is pure hara-kiri. This issue can only be resolved if our well-to-do business sector goes on and creates strong medical institutions not-for-profit.