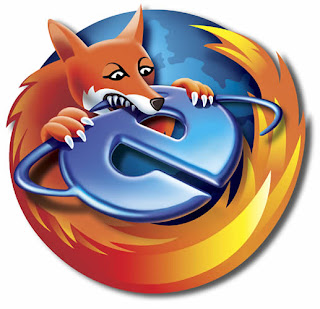 Mozilla Firefox has had a roller-coaster ride in the past couple of years. From being the symbol of geeks a couple of years back, it has now come to represent a old, sluggish warlord. There was a time when if someone didn’t use Firefox, we would scoff at them (Opera users, the very rare ones that one met were spared.)
In those years, Opera seemed a good competitor. I leaned more towards Opera attracted by its fast speed. But as the open-source movement hit me hard, Firefox grew big. In those years, Google backed Firefox strongly. Firefox was the browser in Google’s very famous Google Pack of software. As Internet Explorer kept lagging behind on features (they didn’t had tabbed browsing for God’s sake) and failing massively in security tests, Firefox was just everywhere.
Firefox users love the huge extensions and add-ons that the open-source browser comes with. The Firefox add-ons site is still the poster-boy of open-source world. But then things changed. Apple Safari came for Windows in 2007 and Google came up with its own web browser - Chrome in 2008. I still wonder what magic potion Apple has. God!!! The web looks so beautiful on the Safari. If ever I can understand how.

Recently Google was in news for the way design elements have been alienated by the search major. I am not a great fan of Google’s design but if ever they will get the design right, they got it with Chrome. Chrome just revolutionized browser-design. The minimalist look with the integrated search and address bar and the ‘most-visited’ start page is brilliant. Chrome also made each tab a separate process taking browser-stability to a new level.

On the other hand, the same Firefox has lost all traces of stability. The past few months have been tough on Firefox with my browser crashing too many times. I have a tendency to keep many tabs open and that doesn’t help at all. There was a difference of 6 days between versions 3.0.9 and 3.0.10!! Firefox usually comes out with an upgrade every month. 6 days just shows you the mess within.

I am not a web-developer and the few friends who are now swear by Chrome. So what keeps the clock ticking? I think its the add-ons and extensions. That keeps growing. Some of the extensions like Delicious, Ghostery, Power Twitter, Tree Style Tabs are just marvelous. Mozilla Labs have come out with some great add-ons themselves lately. Ubiquity - a command based UI , Personas - easy skin manager and Prism – to make web applications run independently are the Mozilla add-ons that run on my machine now. It won’t be far before these start being available on Chrome too. To survive beyond that point, Mozilla needs to do one thing well – get good, fast browsing back.

I shifted to the 3.5 Beta 4 Firefox version today. Among other things, it allows in-tab private browsing. But the more important thing now is that it is faster – much more than the public 3.0.11 Thats important for Firefox’s survival.