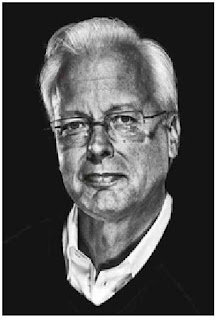 Microsoft for the better part of the last decade has been everyoneâ€™s favourite whipping boy. While Google came to symbolise everything quick and efficient, and Apple got famous for its sleek IPods and IPhones, Microsoft only got mocked with the debacle called Windows Vista. Tech-analysts were quick to say that MS has gone past its peak and will soon wither out. But, it hasnâ€™t gone so. People irritated with the radically new Office interface gradually realized how simpler it was and MS used its financial muscles to put Vista on almost all new computers. The Redmond-based giant is known for its ability to rise from adversity. It has destroyed Borland, Real and Netscape after trailing them for a long distance where everyone predicted its fall.
But times have changed. After a 25 month long transition period, Bill Gates has quitted from day-to-day responsibilities and moved on. Gates has passed on his role of Chief Software Architect to Ray Ozzie while Steve Ballmer keeps looking after the business side of MS as CEO and Craig Mundie handles the role of Chief Research and Strategy Officer. Ozzie came to MS in 2005 and took on the role of CSA the next year.
Once hailed by Gates as one of the 5 best programmers of the century, the media shy Ozzie has a very impressive record. He is the maker of Symphony and Lotus Notes â€“ very dominant software for collaborative work in businesses. Ozzie has a very clear idea about Microsoftâ€™s future. He wants to transform Microsoft from the traditional model â€“ making a software, packaging it and selling it and then coming out with another version after a couple of years to the cloud-computing based software-plus-services model where the company and the customers are always in direct contact.
Cloud computing is the buzz nowadays and Ozzie is determined that he is not left following the tail-lights of others as has happened in search with Google. Microsoft has been traditionally wary of the cloud concept because it encroaches on its heavily dominated desktop market share. So turning the 90,000 employees strong software behemoth with an annual revenue of $60 billion into an internet company is not going to be an easy task. Ozzie is pushing for a hybrid-model of Cloud computing, where most of the work gets done on the cloud but the desktop is important for offline processing and data storage. His plan is more like Apple ITunes where the desktop application controls music on the disk while the internet based application earns revenue by selling songs on the music store.

Ozzie is taking Microsoft into cloud territory with 3 products:

Windows Azure: Microsoft Windowsâ€™ version for the cloud. The software developed under the code name â€œRed Dogâ€ will take on Googleâ€™s App Engine and Amazonâ€™s EC2 when it launches early next year. Considering Microsoftâ€™s deep pockets and huge existing network servers, even Google CEO Eric Schimdt admits that MS will inevitably be a major player in the space.
Live Mesh: Ozzieâ€™s favourite project Live Mesh looks to synchronise all your files across different devices â€“ PC, laptop, Mac, cell phones, digital cameras etc. at different places. As people start demanding more and more of their data at any time they wish, this sphere will see hectic activity. Already rivals Apple have launched MobileMe platform, but MobileMe failed to handle the vast array of device and file support that is expected from it. Ozzie is looking to lose all fancy bell and whistles and just make Live Mesh work.
Office Online: The next version of Office might not be installed on our system. At Microsoftâ€™s developers conference â€“ TechReady 2008 , Ozzie showed how he could use and collaborate directly on a MS Excel sheet. One thing Ozzie is particularly keen about is to raise the level of reliability and make all cloud MS products hassfle-free.
Ray Ozzie has gone about transforming the work-culture at Microsoft too. Rather than working in huge groups, Ozzie has hand-picked small teams of 150 who work on a particular project and then they are scaled up to the levels that Microsoft needs. During Gatesâ€™ time, the emphasis was that every new product must fit-in with the larger MS family. But Ozzie realized that it was stifling competition, and did away with the system.
The offices at Redmond no longer look like a bunch of isolated cabins, Ozzie got it redesigned so that people have eye-contact and can easily talk. Snack rooms and whiteboards have been liberally allocated to foster discussion. As the year comes to an end, Ozzieâ€™s plans have gradually started taking shape. Microsoft has announced that applications like Windows Movie Maker, Paint etc. â€“ the none-core part of an Operating System will ship together under a Live Products name. 2009 will be a critical year for both Ozzie and his products, no matter who finally wins the race.